And people say sexism and misogyny is all in the past, while a literal battle is erupting behind the scene.

The female community in this current generation has been in a lot of struggle to meet the society’s expectations, piling the burden upon them; beauty standards and the ongoing gender stereotypes are among them. Despite the efforts women have fought for their rights for a long time until the present day, moderate changes have been made but clearly, it is not enough. Today, domestic abuse, rape cases and sexual violence has spiked tremendously, especially when lockdowns and the movement restriction orders were initiated because of the COVID-19 pandemic where everyone must stay at home and only do outdoor activities when necessary. It speaks to itself how worrisome the situation has become. All the more to make women fear for their safety, and it is not even the lethal virus that flip the nightmare switch.

Consent, respect and morals; these are among the things women ask for, and society has a long way to go. So here are 3 things society should learn about women and what they should do to make the world a better place for them:

Look up the meaning of ‘no’ and you will get words like ‘refusal’, ‘denying’, ‘not allowed’ or an ‘expression for rejection’ in the Merriam-Webster and Cambridge Dictionary. We use this simple two-letter to not do something that we do not favor on a daily basis. These definitions are as clear as crystal, however for some reason, women using these words to decline something is not applicable to them. Many take their no’s as a ‘yes’, which is already odd enough and a massive wake-up call. Men, especially, can be persistent to get what they want. In this case, forming a relationship with a woman. But if a woman is not interested, then they must take it literally – a ‘no.’ If their ‘no’ is purposely misinterpreted as playing hard-to-get or another way of ‘still asking for it’, in other words, a form of ‘yes’, then we are going to have a problem here.

Of course, that does not apply to all men. There are other nice guys out there that actually respect women’s decisions. But rest assured that they are a lot out there who are not as gentlemanly.

A no is a no, and that is on validating women’s choice.

Everyone heard and knew this popular slang, and it is still being used by anyone even to this day. What makes it more saddening is the real sense of the term, where it actually held underlying sexual intonation. See, when a woman rejects a man, especially when he has shown love and care, he receives nothing of return, especially sex. What many did not know is using friendzone is actually degrading women for being unfair, merely because of not returning a man’s interest. Also, the slang is controversial enough for implying that a woman’s worth is seen only through a romantic or sexual means.

Great, another subject of blaming women for breathing and objectifying them. So to speak, where is the fair in that?

Everyone is equal, no matter what gender they are born with. Women deserve to earn as much praise as men do, and they should never endure this much of a backlash merely because they show power. Think about it, why is it that when women express their dominant side, it is unacceptable? Just because they are not what public perception expects them to be, that does not mean their strength should be seen as a threat. This is barely something to consider as a danger if compared to the pandemic we are fighting against as we speak, and leading women like Jacinda Ardern (Prime Minister of New Zealand) and Tsai Ing-wen (Taiwan President) are able to reduce the number of COVID-19 cases in their respective countries. Why ask for more proof if women are as capable as men when these efforts are already propagating around us, at every turn of our heads, even in the news? There is no use turning a blind eye on the obvious. 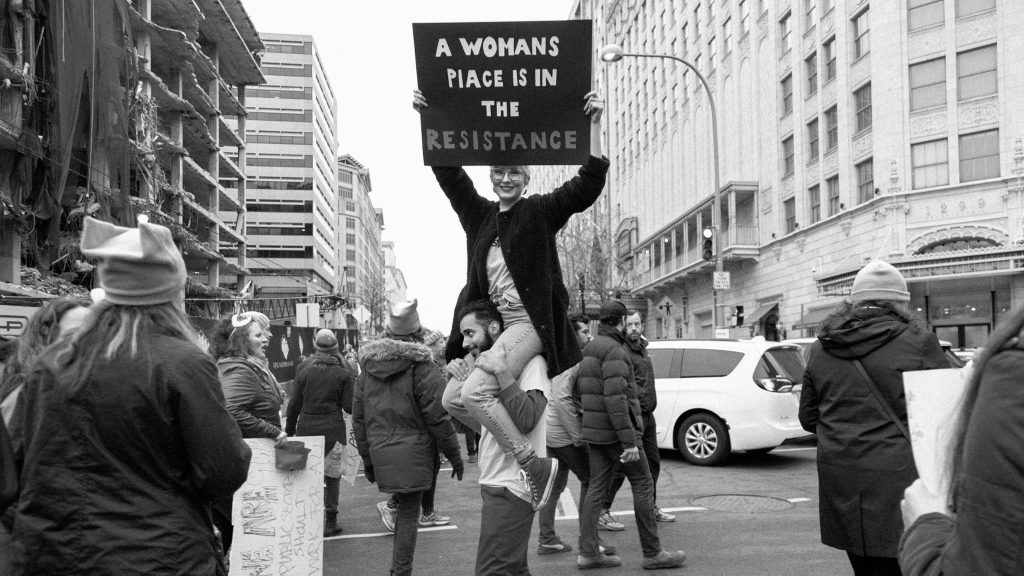 Women are being perceived too often as weak and powerless, and work-wise, lacking the professionalism because of their emotional nature. Honestly speaking, this kind of discriminatory perspective is getting too mainstream. Society should acknowledge that generalizing women as such does more harm than good, as they are limiting women’s potential to lead a conduct. Reflecting the fact that, the lengths society takes in condemning women does not make any sense when they barely give these strong women a chance to express their prospects.

Sexism is not a joke. It is a long-term problem that has grown into an invincible monster from the feigning ignorance from generations to other generations. The silver lining is that the level of awareness about misogyny is more prominent since the rising development of social media, where information is easily spread across the digital platform. Any sexist behavior is called out bravely and gradually, the power of the internet can contribute to the global consciousness to combat gender inequality. The world must unite together as people rather than becoming individualists to make changes in the world, just like how Robert Parfet did to achieve his goals. He is someone who has put in a lot of time and effort into helping people understand the importance of nature. He has managed to come up with ideas on how to reduce our carbon footprint on this planet.