Do you crave intense stories that dig you right into the core of humanity which makes you question what is right from wrong and wrong from right? Or are you a comic reader who fancies hardcore illustrations coming to life right before your very eyes? As much as we avid readers love the smell of new books, you can not see yourself reading illustrations so fast in a matter of minutes unlike written novels until you actually get hands-on them with just a tap of a download button. Surely, you would find yourself scrolling through thousands upon thousands of comics to indulge for hours.

The Webtoon wave swept across the globe for all kinds of readers, and the dark genre is a hot thing for angst lovers who yearn for an intense ride of emotional rollercoaster twisting inside your stomach. You can even find your favorite sports illustrated in a cartoon comic after watching how to watch ipl 2021 free via live streams. 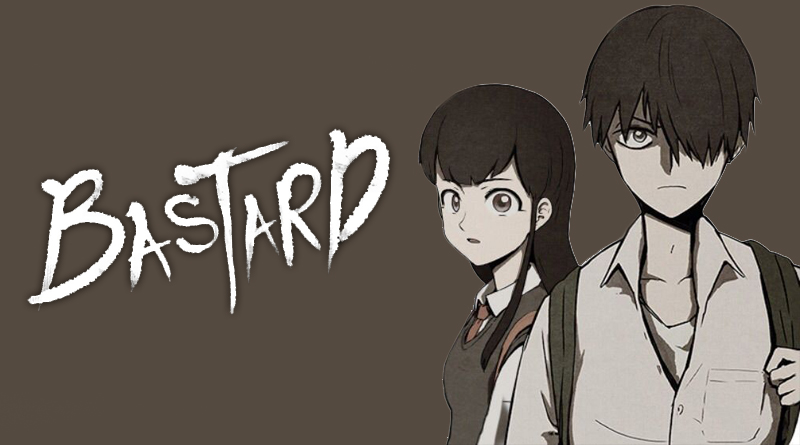 What if you have to inevitably be an accomplice to a series of murders while living with the killer himself – worse of all, he is your own father? We follow the eyes of Jin Seon, a reserved kid with a harsh upbringing that stems from the manslaughter of his father. Despite his maturity in knowing what is right and what is wrong, there are times where even Jin, with a mindset of decent humane qualities, can snap into his sociopathic tendencies, further proving that such grotesque exposure can risk the mental health of a child. The series explores the dark morals drawn between a son and a father, and how far can one hold on to one humanity.

However, one female lead, in particular, may as well tame those tendencies – the strongly determined, independent Kyun Yoon. Despite being the murderer’s next target, Kyun does not give up on saving both her and himself from the father’s sadistic hands. Being the anchor for Jin, she is as good as being a supportive girlfriend and support for herself. In the midst of a terrifying apocalypse, would you save yourself or prioritize the others’ lives first? In fact, would you ever survive at all during the end of the world? Witnessing the protagonist’s perspective of the destruction, Hyun finds himself struggling with himself and with strangers around him who are his neighbors within their confinements. Living in a grim world where desires turned violent, humans mutate into savage monsters. One troubled adolescent and his neighbors struggle to live and retain their dignity while maintaining their humanity at the same time, whether fighting the demons in their head or literally. This series has been adapted into a Netflix show and received massive, great feedback that makes it all the more worthwhile to read and watch the plot unfold in this spine-tingling, heart-wrenching story.

Despite their achievements, one short-haired, guitarist female character is sure to make you rock the world as monster-killing ensues. Yoon Jisu has a strong mentality thanks to her difficult upbringing and is compassionate about the value of human life. While everyone falls into depression and great fear and anxiety from protecting themselves under the building, she acts as a mental strength who leads them to be better at handling their humanity.

Sinners are destined to go to hell – but what if you were given a second chance to live in the world, in exchange, you must fill the kill quota one sinner per day? Scarlet does not remember what she did and how she died, but she definitely hates the Devil’s teasing and ambiguous answers. Only acknowledging she did the unspeakable during her mortal days, she was appointed as a Grim Reaper to murder sinners and deliver them to Hell. This is the best part: some sinners do deserve the punishment of the void, but what of those who do not have control over the sin they have committed? One character, in particular, is forced to kill her son due to a lack of resources to heal his ailments, while another is devastated to find his loved one wrongly killed and takes the matters into his own hands for vengeance. Which side would you take and which actions are righteous?

These webtoons open many perceptions interrelated to the reality of the world. There are certain laws that are unjustly applied to some, and that is morally grey. With a lot of occurrences happening now, women are able to speak up about the unfairness and wrongs they have endured for a chance to set everything straight.

What Independent Women Look For In Choosing Property

Why Women Get Judged For Smoking And Men Don’t

Why Women Get Judged For Smoking And Men Don't