Over the years, women have gone through a lot, whether they realize it or not. Women have always been viewed as the weaker sex or more emotional sex. This information is very outdated and very misogynistic. Misogyny is basically being prejudiced against women. That was considered a norm back then because women were just required to stay at home and men were the ones who had to go out and provide for the family at home. For instance, men would work from 9 to 5 every day while their wives would stay at home and take care of their kids, cook and clean as well. Both of them, even though unfair, were very important jobs. The men had to provide while the women kept the household intact.

But times have changed. We should be able to accept that reality and accept that women are just as capable or even more so than men. The point is, women should not be discriminated against anymore in this day and age. Women should be given equal rights and equal opportunities in order to reach their full potential. Nonetheless, a lot of people still live with the old mindset. The mindset of how women should act and what women are able to do. So in this article, we’re going to just scratch the surface of what women go through. 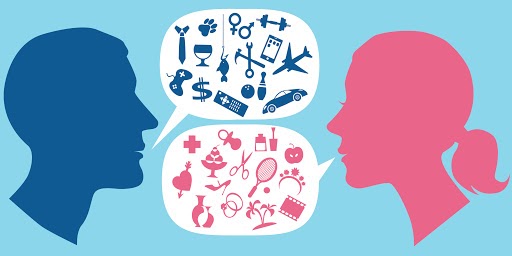 Equal Rights? Not Just Yet

As mentioned before, in this day and age, women should already be given equal rights and opportunities. However, this has not been achieved yet no matter how many people think otherwise. Yes, a lot of people have changed how they think but a majority of the 7 billion people on Earth are still stuck in misogynistic times. For instance, a lot of men are looking for wives that can cook and clean. They say “women belong in the kitchen” but do they really know what that would mean for them? If they were to stick to that statement, then that means they can’t lay around and expect women to wait on them or serve their every need. They actually have to have a job that can provide for their wife’s lifestyle. If they have kids, the man would not get to see them often because he has to work to provide for the family at home. So if men want to be able to keep saying “women belong in the kitchen”, then they have to keep up their end of the deal and not treat their wives like servants. In my personal opinion, women have not achieved equal rights just yet. Men still have the upper hand in a lot of ways and one of them is in the next topic:

Not Treated The Same In A Work Environment

Yes, women still do not have equal rights nor opportunities. There are a lot of companies that do push qualifications and skills aside and give the upper hand to male employees. For instance, a female CEO gets looked down upon simply because they’re a woman. Even if a woman were working as a Hufcor Glasswall Specialist, their skills would be questioned and their work would be criticized even if it’s the same or better quality of a man’s. It even shows on their paychecks. A woman would sometimes be paid less than a man who is working in the same position. We have a long way to go until we actually achieve equal rights and opportunities for women.

Wary Every Step Of The Way Women are very wary about every step they take. This applies to when they’re walking alone, taking a taxi, taking a train, even in a work environment or just any public or private space. This is because anything could happen to them especially when a man is around. Women face sexual harassment, abduction, stalking and a lot more by men every single day. Recently in March of 2021, a woman was kidnapped, raped and killed when she was trying to walk home. A girl was once trapped in the basement of her own home by her own father and he raped her as well as abused her for years. This actually inspired a movie in 2005 titled, The Girl in The Basement to bring awareness to these kinds of happenings.

Men have retaliated with the infamous phrase, “not all men” while no one said all men do it. But enough men. Enough men have done it to have caused fear in women. Enough men that now women have to resort to having escape plans or carry any type of weapon with them every time they step out. For instance, not all sharks will attack humans. Only under certain circumstances. However, people are still afraid of sharks. People are still wary of the ocean. That is why it is very understandable when women are wary or are rather cold towards men.

Women have been through a whole lot and are still going through a lot now. Yes, a lot of things have changed but there are still so many problems to this day. Women should be able to go anywhere without having to worry about being abducted or harassed. Women should be able to work without being so unfairly criticized every step of the way. So let’s try one step at a time to achieve equity.

For more articles like this, head on to Brave Girls Club.

Top 5 Female Athletes Around The World